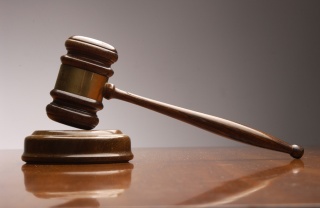 A federal jury has awarded six people wrongfully convicted in the 1985 rape and murder of a Beatrice woman $28 million in damages in a civil suit against Gage County and officials involved in the investigation.

The six spent, collectively, more than 70 years in prison. They were pardoned after DNA evidence linked another man, who died in 1992, to the crime.

From the Omaha World-Herald:

In 1989, investigators relied heavily on confessions from three suspects with histories of mental illness, two of whom told authorities that their memories came from dreams and nightmares. And investigators proceeded with the prosecutions even though none of the six perfectly matched the perpetrator’s blood or could be conclusively tied to his semen.

“They stole my brother from me. And there’s no amount of money that could replace the years that we lost from him,” said Nancy Aspinwall, the sister of Joseph E. White, the only one of the six to refuse a plea bargain. Her brother died in a workplace accident in 2011, less than three years after winning his freedom.

Gage County is now faced with paying an award that exceeds its annual budget of $27 million, according to documents filed with the state. The damages amount to nearly $1,300 for each of the county’s roughly 21,900 residents.

What’s more, the county lacks the type of liability insurance needed to cover damages from what equates to law enforcement malpractice, said Myron Dorn, chairman of the Gage County Board.

“From the county’s perspective, I’d say it’s surprising,” he said. “We had not been prepared for anything like this type of award.”